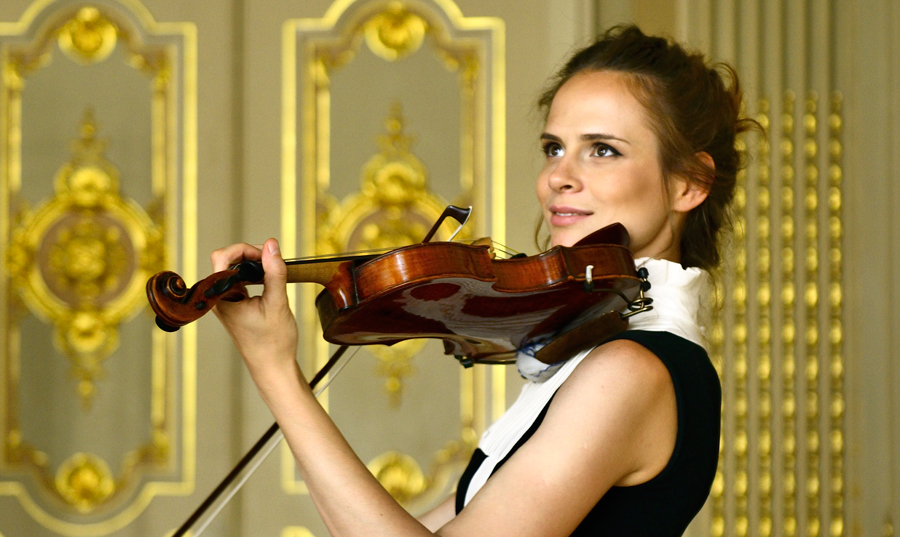 In 2005 Natalia Gordeyeva received a scholarship from Deutsche bank to study in the prestigious Kayaleh violin Academy in Switzerland. After one year of studies in the “Stage performance Classes”  with  prof.Habib Kayaleh  Natalia played a recital in Ouchy Palace (Lausanne). Thanks to prof.Kayaleh at this event were present the high guests of musical world – Viktor Pikaisen, Jean-Pierre Gounod (the grandson of the great composer), Ida Hendel, Irina Bochkova, Laurence Kyaleh. Natalia’s performance was estimated and she received written recommendations for her subsequent career.

As a member of the Kayaleh Chamber Orchestra and as a soloist, Natalia played  at Tetro Philharmonic in Verona, Deutsche bank hall in Benelux, was a participant of “Snow and Symphony” festival in Sent-Moriz,  Menuhin festival in Gstaad, performed on the stage of “Casa Paganini” in Genoa, also in the United Nations hall in Geneva and took part in numerous chamber projects. From 2004 Natalia became a pedagogue in the “Houte Ecole de Music Kayaleh”. In 2010 received a “Performer Diploma” of the Kayaleh violin Academy. But despite this, Natalia keeps  deep contact with the” Kayaleh music center”. In May of 2012 she gave two solo recitals in Tokyo and Osaka in collaboration with the department of this center in Japan.

Natalia performs regularly in different halls of Kiev and Ukraine, and being a very active and inspired pedagogue, she leads her own private class. For the moment, Natalia is an assistant- trainee in the class of Prof.A.Bazhenov at the violin department of Tchaikovsky National music academy of Ukraine. She is annually invited by the Kayaleh music center to take part in the musical festival “The musical moment of Bossey Castle” in Switzerland.